Nick dropped by previously and had some rough ideas on painting his trusted SL4.

Having seen the new Tarmac SL6 in a colourway that is simple and clean, Nick wanted to adopt it onto his SL4.

Adding the 'TARMAC' in the original SL4 font, the finished product was way cleaner and have a 'refreshed' vibe as compared to its original paintwork which Nick considered it as 'messy'.

With the existing components, Nick was already using a Dura Ace 9000 groupset which we always preferred its silver look on its crankset as compared to the Dura Ace 9100 crankset.

Nick was running on the Sibei 45 from Built Wheels that was laced to the Chris King R45 and we think it is a really sweet combination that goes really well with the R45.

Get that SL4 buzzing Nick! 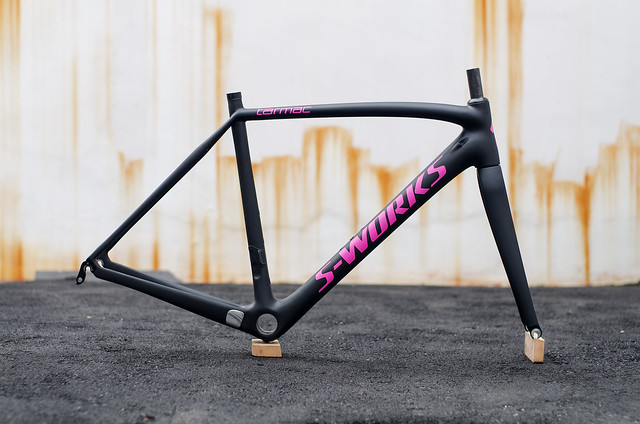 The prettiest Tarmac that I’ve ever seen. Killer images too. Thanks for sharing.