Marco Pantani's Mercatone Uno Bianchi Mega Pro XL Reparto Corse was tailor-made for the wispy climber's attacking style and slight build and ultimately carried 'Il Pirata' to the top step of both the Tour de France and Giro d'Italia in 1998, thus more than proving its worth and earning a firm place in cycling history.

It was love at first sight when Nick saw this bike online and asked us if we were keen to take on this project, sourcing the original components dated back to its era.

Sherwin took a total of a total of 2 months to get everything in place, including the water bottle and pedals! The only thing that Nick's NOS Pantani is missing now is the race tag that was used during the race. 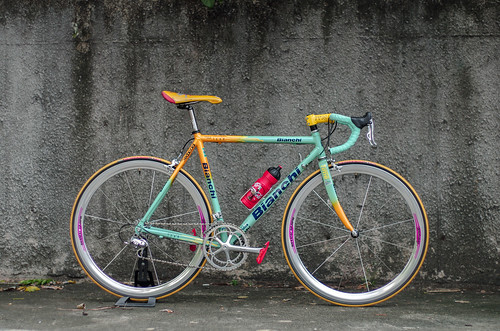