Dean had a bad crash with his old bike and it could not be salvaged. His friend Peter recommended him to us and with a budget in mind, we offered him the ENGINE11 Skyline frameset. Full carbon, what more could you ask for?

During the period where the bike build was in progress, the new SHIMANO Ultegra R8000 just released and Dean decided to go for it, with the new aesthetics.

Bombproof wheels? Yes we do! HPLUSSON Archetype laced to WHITE INDUSTRIES T11 Hubs, a bit on the heavy side but there's nothing you can go wrong with! 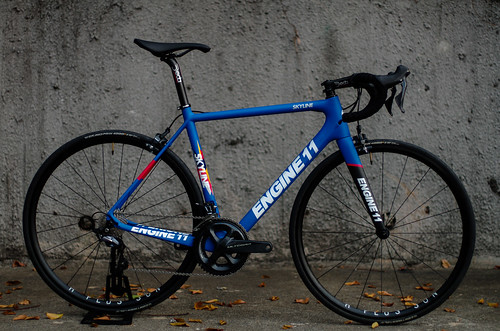