The Colnago C50 Pista is a rare frame to come about in the pista world. Manufactured and released back in 2007, there were only a handful of these produced.

Sherwin came about this frame and snapped it up as the size was right! It was on display in the shop for quite a while before he eventually have the idea how to set it up. The ride was responsive, stiff and extremely great for acceleration although he admits that he feels that the frameset should be a showpiece on the wall instead! 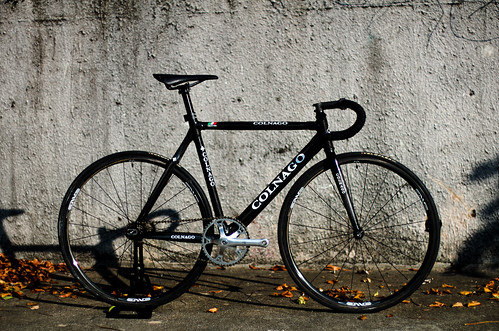