Wei Kiat always had a thing for the triple triangle tubings, and he wanted the KVA tubings.

COLOSSI Cyling did the job, and he never looked back ever since.

PACENTI SL25 rims to 40th Anniversary PHIL WOOD hubs allows him to do his daily riding mashing through the busy streets of Singapore. 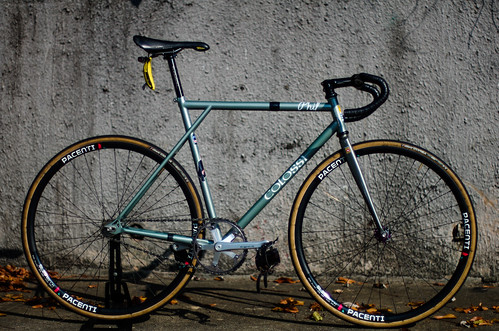