The owner is a hell of a designer working at Porsche Design Studio.

With an eye for detail, Benson matches his part specifically in terms of the nationality of the frame and parts as well as aesthetically. His last trip back to Japan back in 2016 saw him landed himself at Tsukumo Cycle Sports, home of Kalavinka.

It was a well rewarded trip as the owner, Tanabe-san measured Benson up himself and handcrafted a frameset just for him. What is even more special was that Tanabe-san used the pantographed fork lugs for Benson! 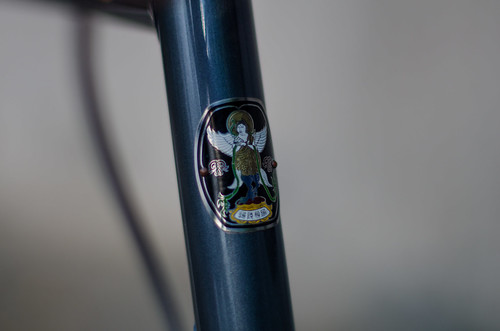