Takuya-san from Japan, was interested in modern steel frames rather than NJS. So he dropped us an email discussing his full bike build. And after several mails, the project went underway!

Knowing what he actually wants, made it simpler for us and we just provided the parts! 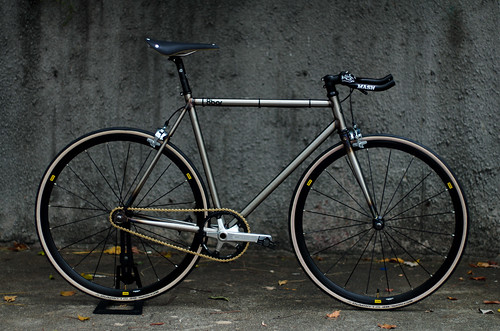 I am very grateful to you and the cycle project store who responded pleasantly to orders from foreign land.
Soon the best partner will come to see me, I’m looking forward to losing sleep with pleasure.