Pyry was looking for a road bike and something that is different than what is commonly seen on the streets here in Singapore.

After a few exchanges, Pyry came by our shop and had his sights on the 8Bar Kronpinz. The idea was to keep the bike as clean as possible and simple.

Going on with the R8000 Ultegra groupset which a straightforward choice, we move on to the new Deda 2018 Zero100 Black on Black components. Pyry's idea of this bike was also a training bike that allows him to bring it back to Finland (where his hometown area is pretty flat , identical to Singapore's terrain).

With that on mind, we turned to our good friends at BUILT to come up with a carbon wheelset while highlighting the importance of the hub over the rim. The end result was a sweet wheelset using in-house carbon rims (SIBEI) and white industries t11 hubset. What could have been better for this?

The end result was a grin on our face as we put everything up, maybe except for the used tyres which are temporary. 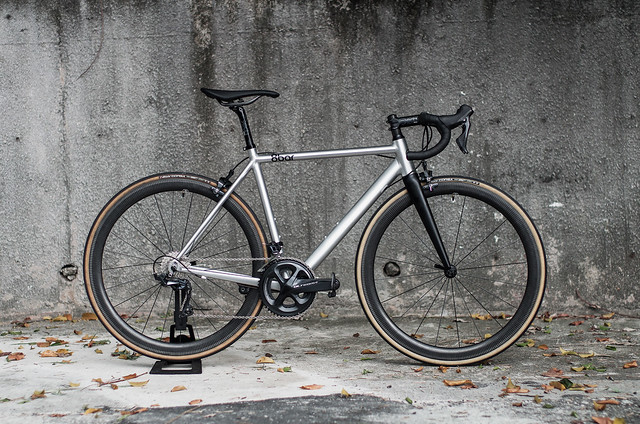