Joshua grew up with bikes, and was racing in MTB series.

Curiousity killed the cat and Joshua decided to venture into the fixed gear scene. With racing and criterium in his blood, he set his eyes on the DOSNOVENTA Seoul which offers him what he is looking for.

He believes that no matter what brand someone uses, it should be the same for the whole cockpit. Therefore, going for the DEDA Superleggero series which actually is one of the lightest cockpits in the industry currently.

Each to their own, but Joshua's butt is made of steel therefore choosing the TUNE saddle which is made of carbon with no padding for him. It shaved a lot of weight for his bike, allowing him to be agile in races. 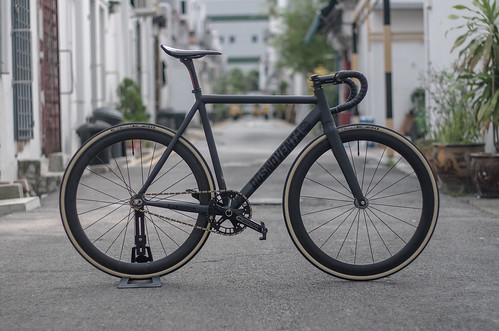